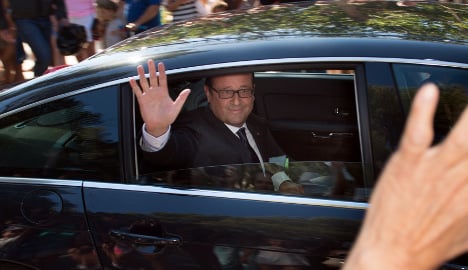 President François Hollande looking comfortable in an official car. Photo: AFP
Every little bit helps, when it comes to cutting debt in France.
This may be the reasoning behind Finance Minister Michel Sapin's plan to save the taxpayer a cool €150 million by making some drastic changes to the government's 65,000-strong car fleet.
The move would see all unused cars sold off, all new cars made without luxury additions like leather upholstery, and a more serious effort to buy environmentally friendly vehicles.
Sapin told French newspaper Le Parisien that he intended to see a ten percent reduction in the fleet by 2017.
"The state has to make savings, and the smartest way to do it is to streamline expenses," he said.
The use of state-owned cars came under the spotlight last week, after a tabloid magazine revealed that French actress Julie Gayet had been given access to one to zip across the country.
Theoretically Gayet, who is romantically linked to France's President François Hollande, should not be allowed to use the vehicles unless she is France's official "first lady", but Sapin suggested she may have been subjected to threats.
The French government has announced other unusual savings plans, with the presidential palace Elysée auctioning off all its wine and announcing plans to flog its luxury Manhattan duplex apartment.
This latest cost-saving measure echoes a move last March by the Italian government which put up 151 luxury state-owned cars for auction on eBay in an effort to shore-up much needed cash. However by September Italian media reported that almost 100 of the luxury cars, including a fleet of Maseratis, were still unsold.
Read also: Did Hollande's lover get protection over 'threats'? 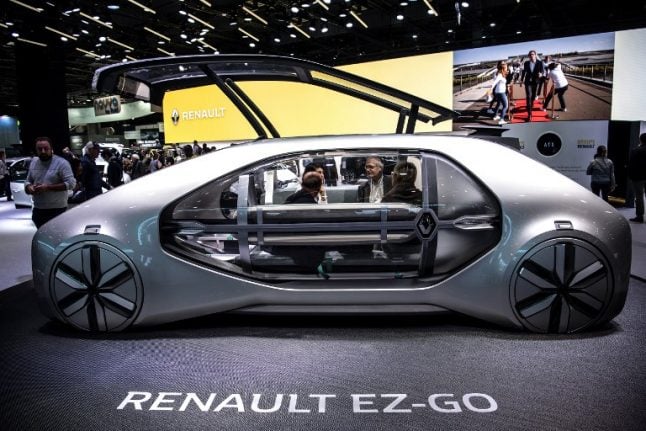