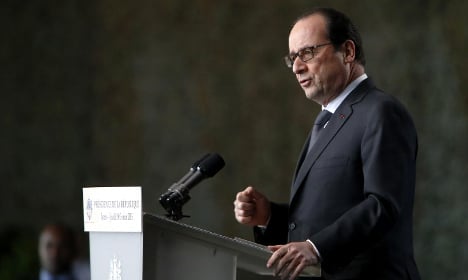 President Francois Hollande. Photo: AFP
His comments were quickly shot down by the French branch of the International Campaign to Abolish Nuclear Weapons (ICAN), which said that far from making the world a safer place, they made it more dangerous.
"The international context does not allow for any weakness… the era of nuclear deterrence is therefore not over," Hollande said on a trip to an air base in the southern city of Istres.
"In a dangerous world — and it is dangerous — France does not want to let down its guard," he said.
"The possibility of future state conflicts concerning us directly or indirectly cannot be excluded."
Hollande's speech will be seen as a further setback to stalled global moves to reduce the number of atomic bombs, after US President Barack Obama promised in 2009 "concrete steps towards a world without nuclear weapons."
Their numbers have fallen sharply from their Cold War highs of some 70,000-80,000 thanks to several arms control treaties.
But there remain around 16,300. Some 4,000 of these are "operationally available", and some 1,800 are on "high alert" and ready for use on short notice, according to the Bulletin of Atomic Scientists.
ICAN France on Thursday condemned "the hardening of the French nuclear deterrent doctrine."
"This speech, instead of going in the direction of easing international tensions, contributes to creating the conditions for a less secure world," it said in a statement.
Hollande also unveiled the make-up of France's nuclear arsenal in a "transparency" drive and urged other countries to do the same.
Altogether, nine states are confirmed or believed to possess nuclear weapons — France, Britain, China, Pakistan, India, the United States, Russia, North Korea and Israel.
Hollande said France had "less than 300" nuclear warheads, three sets of 16 submarine-launched ballistic missiles and 54 medium-range air-to-surface missiles. 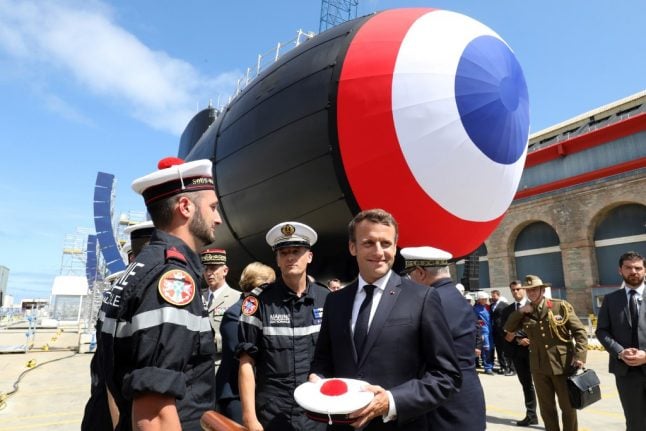