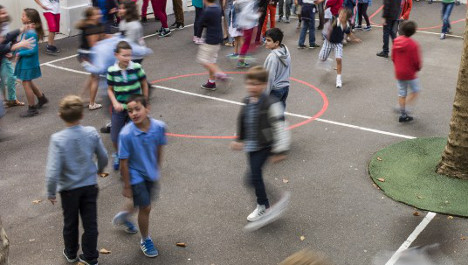 A school headteacher in Paris was stabbed three times by an attacker on Thursday. Photo: AFP

The headteacher was left injured after being attacked by the knife-wielding parent at the Alain-Fournier elementary school in the 14th arrondissement of the capital.

The suspect was arrested, shortly after. The state of the headteacher's injuries are currently unknown, but she's not thought to be in a serious condition.

While the school is currently in the middle of winter holidays, it was hosting recreational activities at the time of the stabbing, but it is understood that no pupils witnessed the attack. Even so, psychological help has been offered to pupils and teachers alike. The attack will bring memories of a shocking incident at a school in the town Albi, in the south west of France in the summer of 2014, when a pupil's mum attacked a teacher with a knife, stabbing her to death.

Officials said the mother showed up in the classroom with a knife and stabbed the teacher, Fabienne Terral-Calmes, a mother of two young girls, in front of her horrified pupils.

The teacher died at the scene while being treated by emergency services.

The assailant's young daughter had been enrolled at the school for about a month-and-a-half, officials said, but it was unclear if the girl was in the classroom at the time of the stabbing.

"This is an appalling act, a murder, a murder of a teacher in her classroom in front of her students, by a woman who… seems to suffer from significant psychiatric problems," the then education minister Benoit Hamon said after arriving in Albi.