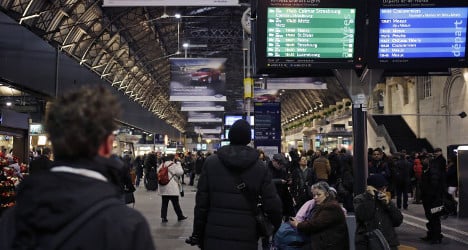 The explosive device was discovered at around midday on Tuesday at a building site in Noisy-Le-Sec, around 8km to the east of Paris.

Bomb disposal teams were immediately called in and rail chiefs suspended services on the line and evacuated the station at Noisy-Le-Sec as well as some surrounding businesses.

TGV, RER E and Transilien services were all suspended with no trains able to get in or out of Gare de l'Est.

SNCF rail chiefs had initially hoped to get services running again by 7pm on Tuesday but the operation to destroy the bomb took longer than they envisaged.

"When it's like that, we do not take risks. You never know," said the source.

The bomb disposal team finally exploded the device at 11:30pm.

SNCF sent out a statement announcing that services would resume on Wednesday morning, although they expected disruption on Lines E and P of the Transilien commuter service.

Commuters had faced the prospect of travel chaos on Tuesday evening when 120 trains were cancelled from Gare de l'Est.

SNCF organised alternative services to avoid the affected tracks but passengers were advised to adjust their travel plans.