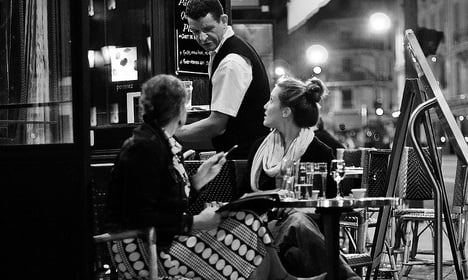 How do Parisians find our accents when we speak French? Photo: Zdenko Sivkovic

The French are notoriously and needlessly insecure about their accents when it comes to speaking English. But is it the same when the shoe is on the other foot?

For some foreigners when they come to France, developing a perfect French accent is a priority. For some it may come naturally but others have to spend hours in front of the mirror practising their "r" sounds or the nasal noises that are needed for many words.

But maybe we spend too much time trying to perfect our French accents when there's no need.

Polly Lyman, who runs the blog Polly Vous Français, writes about an experience that left her "smouldering" when a French businessman told her, "You should use more of an American accent. It would be more sexy than if you try to speak French too well."

Lyman said she would "feel like a traitor to the legions of French instructors who drilled precise, proper pronunciation into my ears".

But maybe the French don't find all accents sexy and some of us should really be ignoring the advice of the businessman.

The Local decided to take to the streets of Paris to find out which foreign accents the locals love and which they just can’t stand.

The good news for those from the UK is that you can stop worrying about your accent when you speak French.

And he’s not the only one who enjoys hearing British people speak French.

“There’s something to it, it’s cute,” said 28-year-old Xavier who works for the family planning office. “On top of that, it’s always nice if they make the effort to speak French.”

Tanguy, an 18-year-old, is always amused by his Welsh friend’s “ugly” accent, but that’s not the case when English people give French a try.

(18-year-old Tanguy and 16-year-old Justine both like English accents. Photo: The Local)

Voted the world’s top tourist destination several years in a row, the City of Light is incredibly popular among British tourists.

Given that Paris has been named the top tourist destination for Brits several times, the locals get plenty of opportunity to listen to the accent they seem to enjoy so much. In 2014 alone, 2.1 million British tourists flocked to the city. (Paris was the top tourist destination among Brits in 2014. Photo: The Local)

But the English accent isn’t the only one that’s popular among Parisians. Italian was also often cited as one of the top accents.

“It’s definitely Italian for me. It’s so sexy and gorgeous,” 22-year-old pedagogy student Marine said, admitting that her love for the accent may also be somewhat related to charming Italian men.

For 20-year-old acting student Léa-Rose it’s the intonation that draws her to the Italian accent.

“When an Italian speaks French, I think it sounds beautiful,” she said. “There’s a certain melody to it that I like.”

As for the most loathed accents, German natives speaking French in Paris may have a harder time making friends than the Brits as many pointed out it sounded too harsh and too accentuated.

For 20-year-old student Marie, the Arabic accent falls in the same category, and she made it clear she didn’t think much of it.

“I don’t like it at all,” she said. "It sounds like they’re throwing up when they speak,” she said.

While an English accent was among Parisians’ favourites, with many calling it posh and sophisticated, it seemed they weren’t as fond of accents from other Anglo countries.

“The English accent is smart and classy, but that doesn’t count for the American accent though,” said 27-year-old Etienne who’s living and working in Paris.

Visual merchandising student Magalie who spoke to The Local by the banks of the Seine river, is not a fan of other Anglo accents.

“The Australian accent is pretty boorish, and the American one isn’t as charming as the English one,” she said.

A 21-year-old communications student named Nelson, an avid fan of the “sexy” Russian accent as well as Russian girls, sums up why he thinks the French are so keen on the English accent.

“Of course the French find English the sexiest accent, it’s all they know,” he said “They’ve never heard Romanians speak or Mexicans or people from Lapland. The French just stay in their country. You can’t just pick an accent you like best because you can’t know all of them. But the French only know English – and that's why they pick it.”