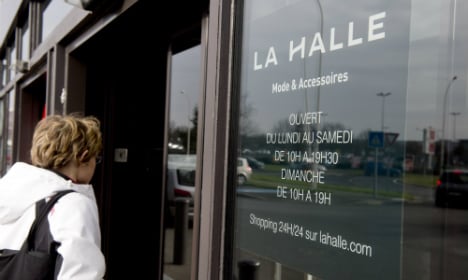 Economy Minister Emmanuel Macron said the special zones, part of a controversial package of reforms designed to rejuvenate France's sclerotic economy, would cover the famous Champs-Élysees avenue and other key Parisian shopping districts, as well as parts of Nice, Cannes and Deauville.

The zones, bringing the French capital more in line with London's longer shopping hours, are "important for French growth and activity", Macron said.

Working the new Sunday and late shifts would be voluntary and staff would be compensated for doing so, the extra benefits varying depending on the job.

Employees working between 9pm and midnight would earn double wages, with companies to pick up the tab for childcare and the journey home.

Macron's reforms aim to shake up Europe's second-biggest economy as it battles with stubbornly high unemployment and near-zero growth, but the package has been hugely controversial, sparking enormous demonstrations last year.

The youthful economy minister's plan to extend the number of Sundays that shops nationwide can open their doors — from five a year at present to a maximum of 12 — is one of the most controversial planks of the package, in a country where the maximum working week is fixed at 35 hours and leisure time is sacrosanct.