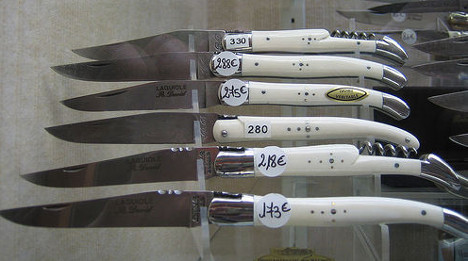 What do the French get superstitious about?

Unlike most of the world, the French are generally trying to get lucky on Friday the 13th.

Not in any sexual way, but by winning the traditional Friday the 13th lottery, which carries a jackpot of a few million euros.

Nevertheless, with that difference aside, the French, like the rest of the world, still hold on to a few superstitions that seemingly go against all reason.

The reaction to the decision to turn around the coq on the French football strip for last summer's World Cup, shows the French are great believers in omens. But it's not just the direction a coq is facing that ruffles the feathers of the more superstitious French.

Many of France's old wives' tales and superstitions match those held in other countries, like the idea that spilling salt on the table will bring bad luck and touching wood will ensure good fortune.

But other superstitions appear to be more unique to France, or at least strongly believed by the French. So just to ensure you don't start the year by bringing some bad omens on your French friends and colleagues, here are ten Gallic superstitions to take note of.