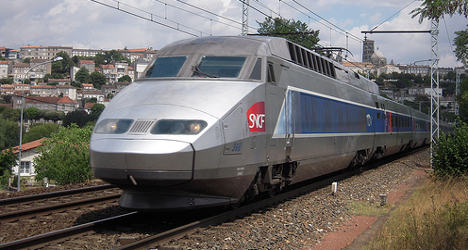 Photo: Marsupilami92/Flickr
The train left Paris at 7am on Friday morning on the way to Brest on France's far western coast. But at around 9.15am, a power outage saw the TGV train come to a stop between Laval in the Mayenne département and Vitre in Ille-et-Vilaine.
Some 500 passengers could do nothing but wait for hours for the line to be fixed, while other commuters and holiday makers felt the sting on other lines.
French rail operator SNCF announced that its team was on the scene and warned that train passengers should expect up to two hours' delay in the area. The disruptions "could last all day", the company added on its official site.
Other passengers needing to use the same line have been diverted via Nantes, also in western France.
Damaged overhead lines saw a towing effort fall flat, and a replacement train was sent from nearby Rennes later in the afternoon, reported French newspaper Le Parisien.