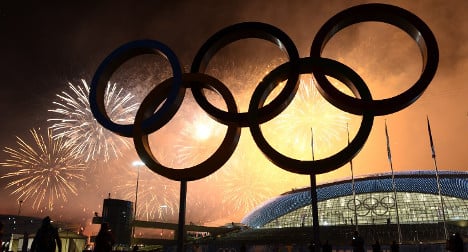 The French public favour a Paris bid for the Olympics in 2024. Photo: AFP

Almost three-quarters of those questioned in the CSA survey for newspaper Direct Matin support the French capital in their attempt to secure the Games.

Tuesday's poll found that a total of 73% would like to see the Games return to Paris for the third time after 1900 and 1924.

Paris suffered a traumatic loss, despite being the hot favourites, to London to host the 2012 edition.

The findings appear two days before the French Committee for International Sport delivers its feasibility study on the City of Light staging the sporting extravaganza in nine years time after Rio de Janeiro (2016) and Tokyo (2020).

Paris Mayor Anne Hidalgo will make a decision on whether the city will lodge a bid by June, her office said last week.

Hidalgo has been lukewarm towards bidding, but following President Francois Hollande's comments in support of Paris 2024 in November, sources close to the mayor believe she could be convinced.

Tuesday's poll, which found greater enthusiasm for the 2024 Games in Paris among 18-24 year-olds (88%) than the over 65s (61%) found that support is nevertheless less solid compared to a similar poll conducted in 2005.

In that survey, 81% of those questioned backed Paris' ultimately fruitless attempt to hold the 2012 Olympics.

There is already a long list of potential candidates for the 2024 Games readying their bids ahead of a September 15, 2015 deadline announced by the International Olympic Committee (IOC).

In Europe, Berlin and Hamburg in Germany and the Italian capital Rome are considering throwing their hats into the Olympic ring while the American city of Boston is also a candidate.

Durban in South Africa could press to become the first African host of the Games. Istanbul — who were runners-up to Tokyo for the 2020 Games — is also considering a new bid.

Cities must make applications by September 15 and then have until January 8, 2016 to place guarantees.

A short list will be chosen by the IOC in May 2016 leaving about 14 months campaigning before a final vote.

A final decision will be taken in Lima in mid-2017.