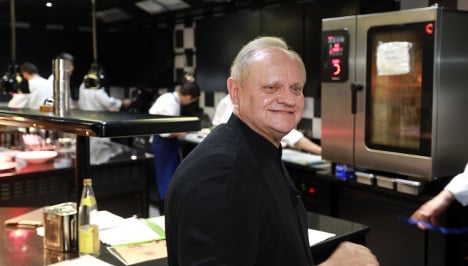 French chef Joel Robuchon lashed out at the claims that his staff members were being mistreated. Photo: AFP
Chef Joel Robuchon lodged on Monday a counter lawsuit for defamation against an ex-employee who is alleging he was subjected to degrading treatment at one of his newest restaurants.
¨
The former worker, Franck Yoke, and another who spoke anonymously, told the news website of French state television last week that they were called "dogs" and "shits" by Robuchon's executive chef in the Bordeaux restaurant La Grande Maison and "forced to drink salty water".
Yoke, who worked just two days at the restaurant before quitting, on Friday made a formal police complaint with a view to starting a lawsuit for professional harassment.
"It's no longer a restaurant, it's a tyranny," Yoke told the francetvinfo website.
Robuchon — whose high-priced eateries around the world have collectively earned him more Michelin stars than any other chef — sent a statement to AFP slamming the "mendacious allegations".
He asserted that, although the complaint to police targeted his trusted Japanese executive chef who runs several of his restaurants, Tomonori Danzaki, the allegations "very seriously and unjustly damage my reputation".
Robuchon stressed that he "never met" Yoke because he had not been in the Bordeaux restaurant on January 1 and 2 when the ex-employee was in the kitchen.
The allegations and counter-allegations come a couple of months after five other prominent chefs signed on to a manifesto urging fellow cooks to put an end to the abuse and bullying that happens in some kitchens.
That campaign is backed by chefs awarded the prestigious title of "Meilleur Ouvrier de France" which celebrates outstanding craftsmen. 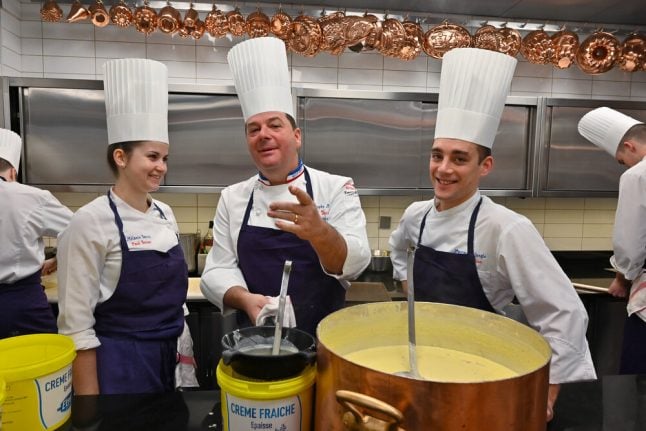