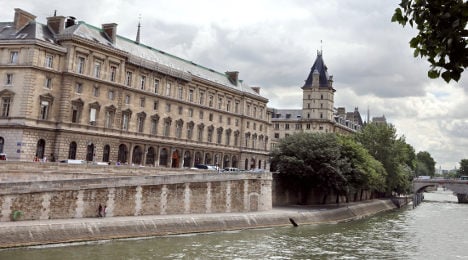 Paris’s powerful criminal investigation unit, known as the Police judiciare, is mired in scandal once again.

In less than a year the force, which is often just referred to as “36 Quai des Orfèvres” – the name of its famous HQ on the banks of the Seine – has been hit by three major scandals – the latest one has even claimed the head of the unit's chief.

“I thought we’d hit rock bottom, but I was wrong, we’re still digging,” a veteran of the unit, considered “a state within a state” told L’Express newspaper.

Here’s a rundown of the three scandals that has seen the reputation of France’s version of the FBI dismantled in a little over eight months.

This latest scandal is easily the most serious to hit the unit as it resulted in the Bernard Petit, the force’s chief being suspended after he was charged over allegations he leaked details of a probe to a fellow top officer under investigation.

On Thursday, just minutes after the Paris prosecutor's office said it was charging Petit, the French interior ministry announced his suspension.

The charges against Petit are unprecedented for the force.

Petit is accused of feeding information to Christian Prouteau, the former chief of the GIGN elite police unit, before he was taken into custody in October over a case relating to fraudulent documentation being given to illegal migrants.

Petit was charged with “violating the secrecy of an inquiry and disclosing information in order to impede efforts to investigate and determine the truth”, Paris prosecutors said in a statement.

His chief of staff, Richard Atlan, was charged with the same offence.

Philippe Lemaitre, an official at the National Welfare Association representing police staff, is suspected as having acted as an intermediary for Petit and Prouteau and has been charged with complicity in influence peddling as well as complicity in violating the secrecy of an investigation. In August last year the force was left red-faced to say the least when it emerged they had lost 52 kilos of confiscated cocaine, worth a cool €2.5 million.

The haul had last been seen on July 23rd but then vanished.

The cocaine was stored in a secure room at the police headquarters but there was no close circuit television in the area. A source close to the investigation said only three people had keys to the room.

At the time many of those working there said they were astounded at the disappearance and said they did not believe it was pilfered.

“It will be a thunderbolt if theft is proved,” said one police source.

Days later a Paris drug squad officer was charged and remanded in custody.

Interior Minister Bernard Cazeneuve described the allegations as “extremely serious” and said the officer had been temporarily suspended. (A policeman suspected of stealing 52kg of cocaine boards a plane in France. AFP)

This incident in April last year caused outrage in Canada and made headlines around the world.

Four police officers from 36 Quai des Orfèvres were placed under investigation after a Canadian tourist reported at least one of the men took her back to police headquarters in the capital's centre after a night of drinking in a nearby Irish pub and raped her.

The woman, originally from Toronto and reportedly the daughter of a police chief, was in Paris for a two-week holiday when she says she ran into some officers at The Galway pub

She reportedly agreed to go to the headquarters, but what happened next is at the heart of the allegations. She says the officers, who include a captain belonging to an elite anti-gang unit, sexually assaulted her in an office on the premises.

A source close to the investigation said the woman's spectacles and stockings disappeared after she filed the complaint.

One officer admitted having sex with the tourist but insisted it was consensual. Days later two elite French police officers were charged with rape.

Once again the interior minister was forced to step in saying the men “would face the full consequences” if found guilty. (The Galway pub, where the Canadian tourist drank with French police. Google Streetview)