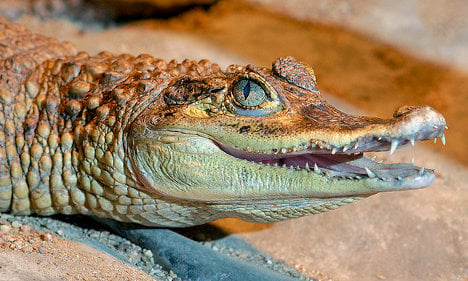 The Caiman crocodile in this picture is not the frozen one from the story. Photo: Josh More/Flickr
Talk about a cold snap.
Police officers who pulled over a car in Gagny, in Seine-Saint-Denis, just to the north of Paris were surprised to find a near-frozen crocodile in the back seat.
The 50-centimetre caiman was "paralyzed from the cold" reported French news website Le Parisien, with recent temperatures in the area dropping below zero at nights.
Police took the crocodile to a nearby veterinary school, where it will be nursed back to health before being taken to a zoo.
The driver admitted to obtaining the animal illegally. French law states that would-be crocodile owners need a licence.
Caiman can grow up to a few metres in length, and are native to Central and South America.