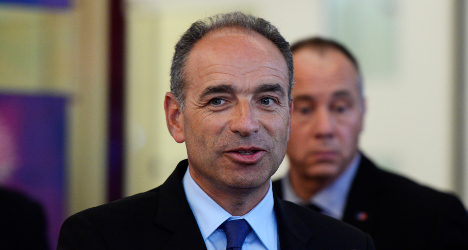 Jean-François Copé. Photo: Eric Feferberg/AFP
Jean-Francois Cope is the second person to be charged in the investigation, which centres on claims the party should not have paid fines levelled against Sarkozy after he broke campaign spending limits.
Because campaigns are funded by taxpayers, the UMP is accused of using public cash to pay off Sarkozy's fines.
The investigation into the campaign does not stop at the fines.
Sarkozy's campaign is accused of falsifying invoices for events and passing off more than €10 million euros as UMP party expenses.
Sarkozy denies any knowledge of, or role in, the apparent fraud which mean this campaign spent nearly 50 percent more than it was legally entitled to.
But it risks derailing his comeback, which saw him elected to the head of the UMP in September ahead of another possible run for the presidency in 2017.
Cope was forced to resign as head of the party over the scandal because of his close links to PR company Bygmalion, which organised the events and has admitted falsifying bills.