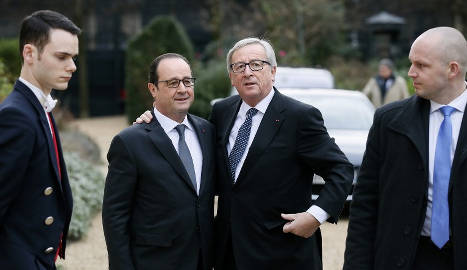 The identity of the new suspect was not released, but he is a 38-year-old Frenchman and former employee of  auditing firm PriceWaterhouseCoopers (PwC), a source close to the case said.

The original whistleblower Antoine Deltour, a fellow ex-employee of PwC, was charged in December.

The so-called "LuxLeaks" scandal has exposed deals that saved some of the world's largest companies, including Apple, IKEA and Pepsi, billions of dollars in taxes while Jean-Claude Juncker — the new president of the European Commission — was Luxembourg's prime minister.

The original suspect Deltour was charged following a complaint in June 2012 by PwC Luxembourg, which discovered documents had been stolen from the company following a report on tax avoidance by the television channel France 2 a month earlier.

PwC accuses Deltour of making copies of confidential data when he left the firm in 2010.

The scandal did not really erupt until last November when newspapers pored over 28,000 pages of documents obtained by the International Consortium of Investigative Journalists (ICIJ), revealing the full scale of the tax breaks won by 340 companies.

Last month Deltour said he didn't think he was the only whistleblower involved in the scandal.