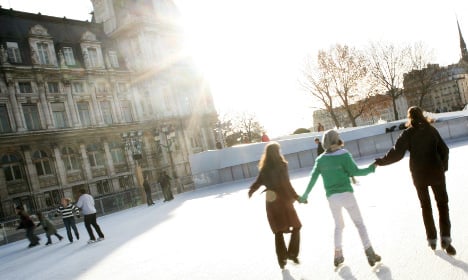 Initially France's meteorological service Météo France put 19 areas on Orange alert – the second highest level of weather warning – for snow and black ice, but then raised it to 30 later on Friday morning.

Rainfall rather than snow is forecast for most of the affected area but Météo France says it will turn to ice on the frozen ground. The north east of France will however see snowfalls.

The warnings are to remain in place from Friday evening until Saturday morning and cover an area from Pas-de-Calais in the north to Maine-et-Loire to the west of France and includes Paris and much of Normandy.

Motorists are advised to travel with care, with the weather agency warning that driving conditions could be hazardous.

The cold snap is set to hit hit the region late on Friday night with the weather warnings remaining in place until Saturday afternoon.

The front will come in from the west hitting the départements on the English Channel coast before moving south west through the weekend.