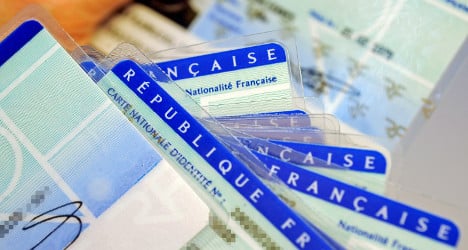 France's top legal body ruled on Friday that stripping a binational convicted jihadist of his French nationality was lawful after his lawyer challenged the move.

Ahmed Sahnouni, a Moroccan naturalized by France in 2003, was convicted to a seven-year prison term in March 2013 for activities in a terror organization and stripped of his citizenship in May last year. He is due to be released at the end of 2015.

The order to strip him of his nationality was signed by France's PM Manuel Valls and the Interior Minister Bernard Cazeneuve.

It is against the declaration of Human Rights to take away someone's nationality, but under French law authorities can strip binationals of their naturalized citizenship if they are convicted of "terror acts". However it is not permitted if it would make them stateless.

Sahnouni's lawyer Nurettin Meseci had argued that the law creates inequalities between those who are French by birth and those who are naturalized.

"Are some French people more French than others?" he said, adding that the move to fight terrorism by stripping people of their nationality was solely done to appease public opinion.

But the Constitutional Council, which ensures that the French constitution is respected, ruled that the seriousness of the fight against extremism justified the move and did not "violate the principle of equality".

The ruling also comes at a time of serious diplomatic crisis between France and Morocco over torture complaints filed against top Moroccan officials last year.

Since then, bilateral judicial relations have been cut and anti-terrorism cooperation frozen.

The decision comes as France is searching for solutions for how to tackle the high numbers of French nationals who leave the country to fight jihad in the Middle East.

Separately France's Interior Minister announced on Friday that 73 French nationals had died fighting Jihad in Syria. In all around 1,400 French citizens are said to have joined the fighting.

The laws included a ban on foreign travel of up to six months for individuals suspected of being radicalized, and gave authorities powers to temporarily confiscate and invalidate their passports.

Other countries in Europe have also been looking at ways to prevent their own nationals leaving for the Middle East.

Under a move proposed in Germany, potential jihadists would have their ID card confiscated for up to three years and replaced with a new one that does not allow them to travel outside Germany.