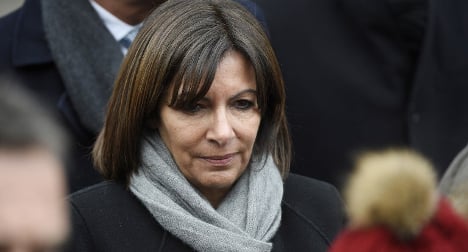 Paris Mayor Anne Hildalgo plans to introduce new ID cards for Parisians. Photo: AFP
Hildago announced the plan at a press conference on Wednesday, just one of the measures that she hopes will help bring together Parisians who have been left jittery after 17 people were killed by terrorists earlier this month.
She said that the card would be given to Parisians from as early as the first grade of primary school and would allow them extra benefits across the city.
"The card will firstly let people feel Parisian, but also allow them access to certain locations," she said, reported the L'Obs newspaper, adding that having the card will also allow locals to vote on city budget issues.
Those with the card will have access to public places in the city such as schools, colleges, entertainment centres and council halls, which will be specifically opened on Saturday mornings for the citizens. Volunteers will guide residents though talks, debates, and even tutoring. The move will come into effect as early as the spring, she added.
The mayor said the idea was borne after she met with New York Mayor Bill de Blasio in Paris on Tuesday, as he paid tribute to the victims of the terror attacks.

New York City and Paris are united. Together, we will fight terrorism and anti-Semitism. pic.twitter.com/2XP9CjsQ37

New York officials announced their own "municipal identity card" recently, as a means of providing identification to its 8 million residents, but also to unify New Yorkers.
"We want New Yorkers to feel proud to carry this card in their wallet," de Blasio said in a statement at the time.
While it remains unknown exactly what doors the Paris citizen card will open, the New York equivalent allows residents free membership to a slew of museums, concert halls, and even a zoo.
The idea was slammed by the far-right National Front, which sent Hildago a "red card" in response, claiming her ideas were both "irresponsible" and "laughable".