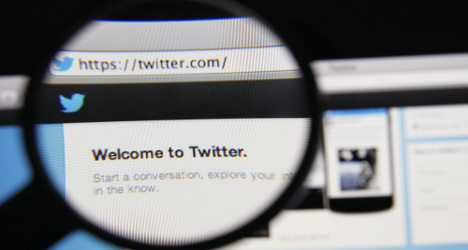 For the first time in France, fines were issued for propagating homophobia on Twitter. Photo: Gil C Shutterstock

The convictions date back to offences committed in 2013 when several homophobic hashtags appeared on Twitter in France, including "Gays must die because…", (#Lesgaysdoiventdisparaîtrecar).

The three who were convicted in the Paris court this week posted tweets using the hashtag "let’s burn the gays on…" (#brûlonslesgayssurdu).

The case against the three had been brought by French charity Comité Idaho, which organizes the International Day Against Homophobia in France.

It had filed a complaint against the users for inciting hatred and violence on the basis of sexual orientation.

The punishments handed down however were fairly light – one was fined €300 while the other two were forced to pay €500 – given the maximum punishment is up to a year in prison and a €45,000 fine.

Although all three were forced to pay the same amount to Comité Idaho, which welcomed the ruling this week.

“It’s a significant victory,” Alexandre Marcel, president of the Comité Idaho, told The Local. “But it’s a small amount to pay for calling for the death of homosexuals.”

But in August 2013 the hashtag #lesgaysdoiventdisparaîtrecar (Gays must die because), was displayed at the top of the list, and wasn't immediately taken down. France's then government spokeswoman Najat Vallaud-Belkacem was forced to step in and took to Twitter herself to denounce the trend.

“I condemn homophobic tweets. Our work with Twitter and groups against homophobia is essential,” she said at the time.

“We’re positive that this will send out the message that the Internet is not a place with no rules where you can do whatever you want,” Yohann Roszewitch, president of the association told The Local.

Last year the anti-homophobia association released a report revealing that the number of homophobic acts in France had increased by 78 percent in 2013, the year in which gay marriage was legalized.

According to the association the huge surge in the number of homophobic incidents was without doubt linked to the bitter row over the legalization of gay marriage, which divided France and led to mass demonstrations that frequently ended in violent clashes between police and extremists.

This isn’t the first time that Twitter has been embroiled in controversy in France surrounding hateful messages.

In July 2013, The Local reported how the website was forced by a French court’s ruling to hand over information identifying Twitter users who had published anti-Semitic comments, including under the term #UnBonJuif (A good Jew).

Speaking after the court’s decision, lawyer Philippe Schmidt told The Local that remarks made on Twitter should be treated the same as if they were made in any public forum.