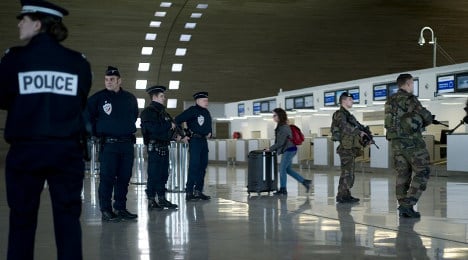 The Paris attacks could hardly be described as "lone wolf" attacks, which are in all likelihood rare and difficult to carry out, experts say. Photo: AFP

Every terrorist that has attempted or carried out attacks in the West in recent years — down to the Kouachi brothers who struck the Charlie Hebdo magazine in Paris this month — has had some level of ties to extremist groups engaged in global jihad, according to experts.

For Jean-Pierre Filiu, of Sciences Po university in Paris, the events in France and Belgium had shown "once again" that the idea of radicals acting in isolation was "an inane myth".

"This largely fantastical figure is an intellectual creation that appeared in the United States as part of the Bush administration's 'global war on terror' in 2001", he argued.

Although they may have acted without direct instructions from above, the Kouachi brothers had training from Al-Qaeda in the Arabian Peninsula (AQAP), its Yemen branch, and struck a top target on Al-Qaeda's "most-wanted" list.

The concept of "lone wolves" emerged at a time when Western observers were still struggling to understand the apparently diffuse threat from global jihadists — that operated with less clear-cut structures than the major terrorist organisations of the 20th century.

The idea was also politically useful for governments trying to sell tougher security measures to the public, said Filiu.

"Constructing the idea of an internal enemy, who is elusive and everywhere, justified draconian policies like the Patriot Act in the United States."

The Patriot Act, passed in the aftermath of 9/11, gave the US government wide-ranging powers to snoop on its own citizens, but Filiu said its effectiveness has been "questionable at best".

"Playing up the spectre of a 'lone wolf' only serves to sow confusion and undermine attempts to pinpoint those who are really responsible for terrorism — the people giving the orders in the Middle East."

The confusion comes from the fact that many jihadists in the West have only very loose bonds to known jihadist groups.

Amedy Coulibaly — the third gunman in Paris who murdered a policewoman and attacked a Jewish supermarket, killing four — claimed he was working on behalf of the Islamic State (IS) group in Syria and Iraq, though he never travelled there.

But some experts argue it is nonetheless wrong to label them lone wolves.

Even if they act alone, or as part of small local cells, they are following a clear blueprint set out by groups with global name recognition.

"Even if Coulibaly does not appear to have had direct contact with IS, he was inspired by their threats against France," said Louis Caprioli, former counter-terrorism head at French intelligence agency DST.

"That is the power of the jihadist discourse: they push people into suicide missions they would not have even contemplated two months earlier."

That sets jihadists apart from individuals, who develop their own ideology and choose their own methods and targets.

Apparent lone radicals have often turned out to have had direct contact with the leadership of a militant group.

Nidal Malik Hassan, the US army psychologist who killed 13 soldiers in the Fort Hood military base in Texas in September 2009, was found to be in contact with AQAP leader Anwar Al-Awlaki.

"Behind Islamist attacks, there is always someone giving the orders," said Filiu.

Still, those orders may not be very precise and the limited costs involved in mounting attacks mean there is no apparent direct financing.

Belgian newspaper Het Laatste Nieuws reported that Coulibaly bought the weapons for all three Paris gunmen — including assault rifles and a rocket launcher — in Belgium for less than €5,000 ($7,000). The rocket launcher was never even used.

The Soufan Group, a New York think tank, said a better term for "lone wolves" would be "known wolves", given how many are already known to Western intelligence agencies before they strike.

"These individuals, acting alone or in small groups … have been on the radar of various agencies and organisations, highlighting the difficulty of effectively monitoring and managing people at the nexus of criminality and terrorism," it said in a report this week.

For the Soufan Group, the most serious threat came from people with known associations with radicals and a string of past offences.

"It is counter-productive to speak of France's five million Muslims as a sign of a potentially enormous target pool, when it's likely only several dozen people … should be the highest priority target set"