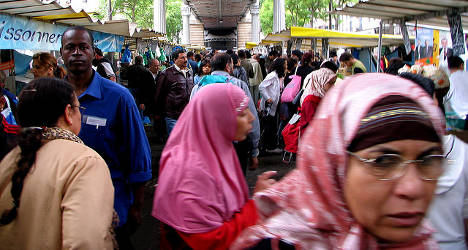 Fox News has been forced to apologise for claiming there were "no-go zones" for non-Muslims in Paris. Photo: David Dufresne/AFP

Commentators on the network and anchors suggested there were areas in France and Britain in particular where non-Muslims aren't allowed in and police won't go.

An expert on Fox News outraged and baffled members of the French public last week after listing eight "no-go zones" for non-Muslims in Paris, areas where Islamic rules were adhered to rather than those of the French state.
National Security Analyst Nolan Peterson, who spent two years in Paris a decade ago, told the channel that areas within a ten-minute drive from the Eiffel Tower were comparable with Baghdad, adding that he had seen people wearing t-shirts supporting Osama Bin Laden.
The sentiments were echoed by Nigel Farage, the leader of the Eurosceptic Ukip party in the UK, who said that the zones in Paris matched a rise in the "big ghettos" of Europe.
Fox news followed its interview with an article on the same topic, which prompted outrage from French users who said the risks were blown out of proportion.
The zones included the Porte Saint Denis neighbourhood, Porte de Clignancourt, Porte de Clichy, the southern part of the Belleville neighbourhood, and the La Goutte d’Or. They were classified by the French government in 1996 as "sensitive urban zones".
Locals in the area brushed off the claims when The Local visited last week.
"Of course non-Muslims are welcome. Everybody is," a 49-year-old man said.
"The atmosphere is very social, everybody sticks together. You could walk into that restaurant right now and the people would give you food for free if you didn't have any money. Try doing that at the Champs-Elysées."
Click here for residents' reactions in one of the "no-go zones" This map shows the "no-go zones" in Paris. Photo: Screengrab/Fox News
Another security analyst Steven Emerson also told the channel that "non-Muslims just simply don't go in" to the British city of Birmingham, during a discussion of multiculturalism.
Following an uproar on Twitter and elsewhere, Fox News aired a lengthy apology during several broadcasts Saturday.

"Over the course of this last week, we have made some regrettable errors on air regarding the Muslim population in Europe," anchor Julie Banderas said.

Three days of violence in France left 17 people dead earlier this month, including 12 people at the offices of satirical newspaper Charlie Hebdo.

The newspaper had angered many Muslims over its repeated publication of cartoons depicting Islam's Prophet Mohammed.

In the wake of the attacks, Fox News had suggested some Muslims were out of control in Europe, drawing mockery online and from European public officials.

Fox News said "we deeply regret the errors," but also added a caveat.

"There are certainly areas of high-crime in Europe, as there are in the United States and other countries, where police and visitors enter with caution," it said.

The Fox News segment drew scorn from French TV programme Le Petit Journal, where reporters donned helmets and riot gear before interviewing a decidedly calm public in the area. See the video below, with English subtitles. 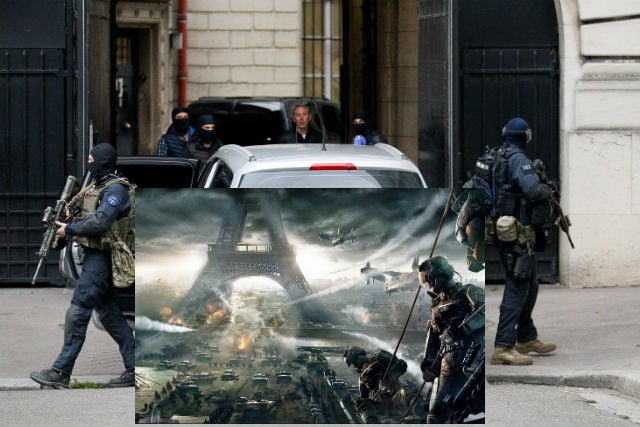