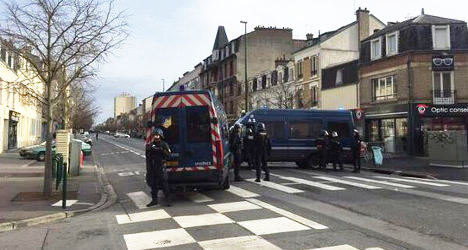 A police operation was underway in the French city of Reims. Photo: @ILNewsAlerts/Twitter

The shooting began just before 11am on Friday in Reims, with witnesses saying “several shots were fired” on the busy Jean-Jaurès avenue.

Several police officers were deployed to the scene, entering the building where the shooting had come from and which appeared to be the suspect’s home.

The man has been arrested and police say the incident has no links to terrorism.

No one was reported to be hurt during the incident.