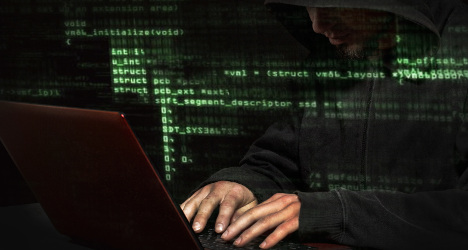 French websites may have been the target of cyber attacks. Photo: Shutterstock

The concerned websites, including L’Express and Le Parisien, went off the grid on Friday morning, remaining unresponsive for at least a few hours  By mid-afternoon, however, most of them were up and running again.

Other sites that were hit by the disruption included France Inter, investigative journalism group Mediapart, and female magazine Marianne.

But it wasn't only media websites that were hit. The website of IT group Oxalide also went down briefly.

“It concerns the core of the network,” the company tweeted.

The incident comes just days after Islamist hackers targeted 20,000 French websites in the wake of last week’s deadly terror attacks in which 17 people were killed.

According to France’s defence ministry they were “well known Islamist hackers”, who began their attacks on Sunday, soon after a huge march held in honour of the Paris shooting victims.

"I believe these attacks are the response to the demonstration… by people who do not adhere to a certain number of values," Arnaud Coustilliere, head of cyber security for the French military, said.

The attackers targeted a great variety of sites, ranging from pizza restaurants to schools, either bringing down the sites or replacing their web pages.

Coustilliere said two cyber attacks involved two regiments of the army, including a school, and that the defence ministry had "decided to boost its security vigilance".