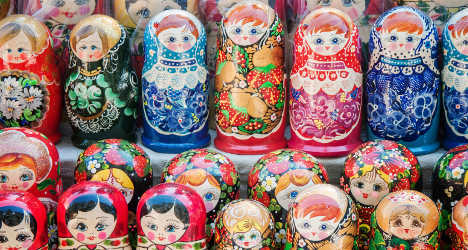 "The publication in Russian media of such caricatures go against ethical and moral norms worked out over centuries," said the media and communications watchdog Roskomnadzor.

"Disseminating caricatures on religious themes in the media can beconsidered insulting or humiliating to the representatives of religious confessions and groups, and qualified as inciting ethnic and religious hatred", an offence under Russian law, it said.

The publication would also violate the Russian media and anti-extremism laws, the watchdog said, adding that it was asking Russian media to "refrain from publishing caricatures that can be seen as a violation".

The watchdog published the statement as a response to the ongoing debate onthe "legality of publishing caricatures depicting religious objects of worship which affect feelings of religious people."

Many newspapers and magazines around the world reprinted cartoons of theProphet Muhammad by Charlie Hebdo, whose Paris office was attacked by Islamist gunmen on January 7, leading to the deaths of 12 people.

Although Russia's leadership extended its condolences to France, andForeign Minister Sergei Lavrov participated in the unity march staged at the weekend, pro-Kremlin commentators and Muslims accused the cartoonists of provoking the attack.

Russia's Council of Muftis – a top Muslim authority – condemned the attack,but said that "perhaps the sin of provocation… is no less dangerous for peace than the sin of those who yield to the provocation".

It further said Charlie Hebdo's  post-attack issue featuring a cartoon ofthe Prophet Muhammad on the front page was an "unacceptable response" to the shooting, because one "cannot laugh at the feelings of the faithful."

In a letter to Russia's Prosecutor General, the council chairman andRussia's top Muslim cleric, Ravil Gainutdin, asked authorities to "take necessary measures to prevent publications that defame the Prophet Muhammad " by monitoring Russian media to verify the prohibition is being respected.

None of Russia's top papers ran the cartoon, but some included pictures ofit on their websites.

Kommersant daily reported a scuffle Thursday in a Moscow mosque, where a group of men tried to disrupt prayers and urge believers to go storm theFrench Embassy.

AFP observed heavy security presence around the French Embassy in central Moscow Friday including riot police and interior troops, with dozens of vehicles parked along the street and metal barricades around the compound.

Russia is an overwhelmingly Orthodox Christian country, but is also home toa sizeable Muslim minority in Tatarstan on the Volga river and in the North Caucasus. Most of migrant labourers in large cities like Moscow also come from Muslim countries of Central Asia.

Several rallies have been announced next week by Muslims opposing thecartoons, including one in Chechnya's main city Grozny.

Meanwhile some protesters who have picketed in support of Charlie Hebdohave been punished. Moscow's Tverskoy District Court on Friday sentenced Mark Galperin, an opposition activist who held up a "Je Suis Charlie" poster near the Kremlin last Saturday, to eight days of arrest.

Another picketer, 75-year-old Vladimir Ionov, was fined. Both were foundguilty of staging an unsanctioned public event.