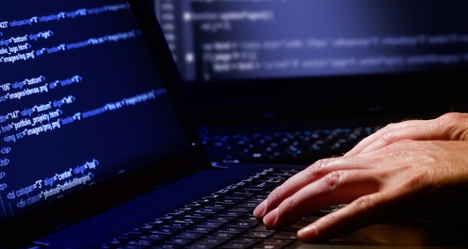 Arnaud Coustilliere, head of cyber security for the French military, did not specify who was behind the wave of attacks, but said the culprits were from "structured" groups and "well known Islamist hackers".

"I believe these attacks are the response to the demonstration… by people who do not adhere to a certain number of values," he said.

About 20,000 cyber attacks hit a great variety of sites, ranging from those of pizza restaurants to schools, he said. The attacks either brought down the sites or replaced web pages.

Coustilliere said two cyber attacks involved two regiments of the army, including a school, and that the defence ministry "has decided to boost its security vigilance".

Attacks against the ministry's public affairs website continue and "there are regular attempts by people to test" the site, he said.