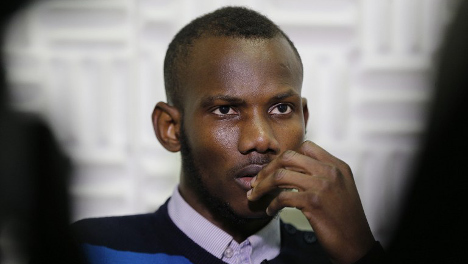 The man, who worked in the kosher supermarket, will be awarded French nationality on Tuesday, Interior Minister Bernard Cazeneuve said.

Lassana Bathily, who has lived in France since 2006, had applied in July last year for French nationality. In a statement praising the man's bravery, Cazeneuve said the man would receive the honour at a ceremony in Paris next week.

Almost 300,000 people signed a petition to get the Muslim man French nationality.
Change.org, which called for support in the cause, called Bathily a "ray of light" in the "darkness and desolation".
The soon-to-be-French man reportedly shepherded terrified customers into the shop's cold room as the gunman took other people in the building hostage.
"I went to the freezer, I opened the door, and many people came in with me. I told them to calm down, not to make noise" he told BFMTV.
He then escaped the store and told police how they work in capturing the murderer, who later killed four Jewish people in the store. His actions are thought to have saved at least 15 people.
Bathily described himself as a practicing Muslim after the media lauded his courageous actions.
"I've already done my prayers in this store, in the storehouse. And yes, I helped the Jews. We are brothers, he said. This is not a question of Jews, Christians or Muslims, we are all in the same boat" he was quoted as saying.
To limit the overwhelming burden on our moderators, it will not be possible to comment on this article. Feel free to join the conversation on our Facebook page.
Url copied to clipboard!