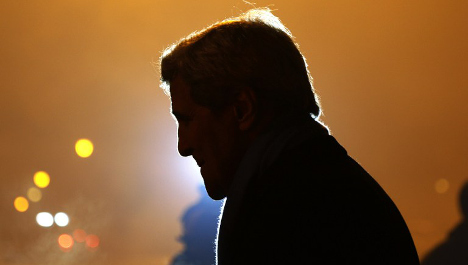 "My visit to France is basically to share a big hug for Paris and express the affection of the American people for France and for our friends there who have been through a terrible time," Kerry said in Bulgaria.

He said it was a "continuation of our responsibilities as good friends and the longest ally in our history. That's why I'm going."

Kerry was due to leave Sofia for Paris late on Thursday for talks on Friday with French President Francois Hollande.

It is his first trip there since Islamist extremists last week killed 17 people in attacks on the offices of French satirical weekly Charlie Hebdo, a Jewish supermarket and a policewoman.

The White House was forced to admit it had made a mistake in not sending a higher-ranking representative to a mammoth march in Paris attended by dozens of world leaders on Sunday.

Washington was represented at the event by the US ambassador to France, Jane Hartley.