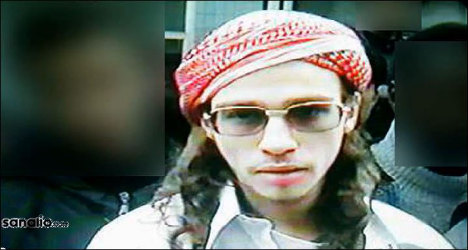 The former Islamist mentor of Cherif Kouachi, one of the gunmen who killed 12 people at France's Charlie Hebdo magazine, has described it as "the worst crime a Muslim could commit".

Farid Benyettou, a 33-year-old who says he has left behind his radical past, also revealed that when he had seen Kouachi two months ago "the only thing he wanted to talk about was fighting".

The two had known each other for years and moved in jihadist circles. In 2008 they were convicted together in a French court for their involvement in a network that helped extremists travel to Iraq to fight US forces.

Benyettou, 33, was sentenced to six years in prison but has trained as a nurse since being released.

He was on a work placement at one of the main hospitals in Paris on January 7th when he learned that Kouachi and his older brother, Said, had burst into the offices of the satirical magazine that had printed cartoons lampooning the Prophet Mohammed, in a shooting attack that left 12 people dead.

"I condemn what was done," Benyettou said in an interview Monday with the iTELE news channel.

"I want to send this message: Islam condemns everything that has been done — the cowardly and monstrous murder of journalists, of police officers and members of the Jewish community. That should not be attributed to Islam. It's the worst crime that a Muslim could commit."

He said that in the wake of the attack, he voluntarily went to the intelligence services where he was questioned for two hours before being freed.

Benyettou said that two months ago, Kouachi came to see him "out of the blue".

"The only thing he wanted to talk about was fighting. He didn't want to know about good relations with his neighbours, or acting like a good Muslim," Benyettou said.

He said Kouachi had also wanted to discuss attacks by Islamist Mohammed Merah in the southwestern French city of Toulouse in 2012 which left seven dead. "I told him I was against (those attacks)."

Benyettou dismissed suggestions that he had ever been tempted to use violence and rejected the idea that France "oppressed" Muslims.

"I am the proof that it's the opposite," he said. "I have a criminal record that is rather hard for people to swallow. I have been convicted for terrorism, which is the worst offence," he said.

"But even so, I have never been discriminated against."