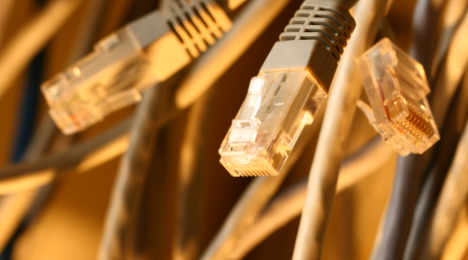 France is to boost the powers at the disposal of its intelligence services to prevent the kind of "failings" in the run up to the Paris terror attacks. Photo: Shutterstock
Valls gave a rousing speech to the French Parliament on Tuesday, in the lawmakers' first session since 17 people were killed in Paris in what have been dubbed as the worst terror attacks in recent times.
After a minute's silence was observed and the national anthem performed, Valls stressed how France must be united, introducing new measures aimed to tackle the "clear failings" in France's intelligence capabilities.
His proposals included beefing up surveillance of imprisoned radicals, speeding up current laws when it comes to searching suspects' homes or wiretapping their phones, and a closer look at how to fight the rise in social media in terrorist recruitment.
"I have asked the Interior Minister to send me some propositions to strengthen our powers in the next eight days," he said. "They should relate to internet and social networks, used more and more for recruitment and indoctrination, putting people in contact, and learning of techniques that allow them to act."
Valls' speech drew a standing ovation from MPs as he called for France to stay strong in the face of terror.
"France is at war against terrorism, jihadism, and radical Islamism," he said. "France is not at war against Islam."
"I don't want Jews in this country to be scared, or Muslims to be ashamed of their faith," he added.
On Wednesday government spokesman Stéphane Le Foll announced that the government will present its plan on how it will improve intelligence services, wiretapping, the sharing information gleaned from prisons and the "mobilisation of the armed forces", at a cabinet meeting next Wednesday.

“The first is in the short term, so we can be effective in the fight against terrorism,” Le Foll said.

“The second goal,” he said, “is to look more in depth, both on educational issues and major questions on community cohesion and society as a whole.”

These issues will be discussed later in January he said.

On Wednesday morning, the newest issue of satirical magazine Charlie Hebdo was released, featuring a cartoon of Prophet Muhammad holding a sign that reads: "I am Charlie". The issue has left France's Muslim community divided. Photo: AFP
The Paris attacks have already seen officials around Europe discussing changes to their own anti-terror laws.
Spain wants to see the Schengen treaty modified to allow border controls to be restored to limit the movements of Islamic fighters returning to Europe from the Middle East. On Tuesday, the government met to tighten anti-terrow laws.
Denmark's Justice Minister has called for treason charges for anyone travelling abroad to fight for the Islamic State.
Sweden's home affairs minister, meanwhile, is calling for increased cooperation and better information sharing between EU countries, telling The Local Sweden that "we must not let the dark forces win".
To limit the overwhelming burden on our moderators, it will not be possible to comment on this article. Feel free to join the conversation on our Facebook page.