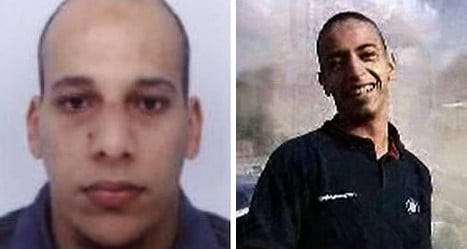 "We separate these inmates from the rest," Valls told French TV channel BFMTV on Monday.

"It must become a general measure (but) it must be done with discernment and intelligence."

Former French President Nicolas Sarkozy has echoed these sentiments in the wake of the worst terrorist attack on French soil in over half a century.

Cherif Kouachi, one of the two brothers who killed 12 people on Wednesday during the attack on satirical weekly Charlie Hebdo, is believed to have developed more extreme radical beliefs while serving a three-year prison sentence for “conspiracy to prepare acts of terrorism”. Eighteen months of his sentence were suspended.

Evidence suggests that the time he spent behind bars did nothing to deter him from radicalization, as in 2010 his name was cited in a police report related to the attempted prison escape of Smain Ait Ali Belkacem, a former member of the Algerian Armed Islamic Group (GIA) that carried out a spate of bombings and a plane hijacking in France in the 1990s.

While behind bars at the Fleury-Merogisou prison, Cherif met Amedy Coulibaly, the repeat criminal offender who on Friday gunned down a policewoman in southern Paris then four Jewish shoppers in a hostage drama at a kosher supermarket.

Both men became influenced by the views of Djamel Beghal, a renowned figure of French Islamist extremism on a ten-year prison sentence for planning suicide bomb attacks and plotting to destroy the US embassy in Paris in 2001.

Cherif Kouachi's case is similar to that of Mohammed Merah, the perpetrator of the 2012 Toulouse and Montauban shootings which led to the death of seven French soldiers and Jewish civilians, including children.

French investigators at the time described how during the "confession" made by Merah as police officers negotiated with him during the final siege, he told them his path to radical Islam began while serving a prison sentence for robbery.

Both the Kouachi brothers and Merah came from broken Muslim homes, were closely linked to petty crime circles and became influenced by Islamic preachers and Salafist groups (associated with extremist tendencies) before committing their murders.

Their radicalization pattern is a familiar one in France, home to Europe’s largest Muslim population.

"He was influenced in prison by Salafists, often very charismatic, who exert a great influence over inmates with their extremist discourse."

Benraad argues that those who are “most easily radicalized" behind bars have "a weak psychological profile" and often have “chaotic professional and social backgrounds”.

Prime Minister Manuel Valls’s announcement that his government is currently preparing a new law to counteract the issue of Islamic radicalization in prison reflects just how concerned French authorities are that fresh attacks might be on the horizon.

But there are others who argue prisons aren’t necessarily the hotbed of extremism that most experts believe.

"Out of France’s 152 prisoners doing time for terrorist crimes (of a total of 67,000 inmates), only 16 percent have previously served sentences,” legal journalist Pierre Rance states.

“That means that 84 percent of them have developed radical views elsewhere.”

READ ALSO: What we know about the Charlie Hebdo killers