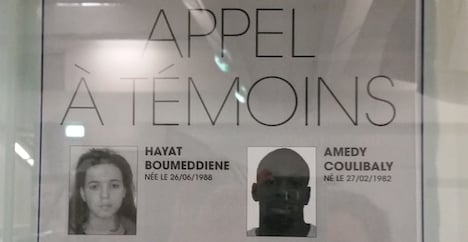 A wanted poster in the Paris Metro seeks information about the whereabouts of Hayat Boumeddiene, pictured with her boyfriend Amedy Coulibaly, who died on Friday. Photo: Ben McPartland

She is the partner of Amedy Coulibaly, who died on Friday when security forces stormed a Jewish supermarket in eastern Paris where he had taken terrified shoppers hostage.

He killed four hostages during the siege and called friends from the scene urging them to stage further attacks.

Hollande held an emergency meeting of key ministers early Saturday, hours after a dramatic end to twin sieges that also resulted in the death of two brothers who had killed 12 at the offices of the Charlie Hebdo magazine on Wednesday.

As France's bloodiest week in decades drew to a close, the mood began to turn to one of grim national reflection.

President Francois Hollande said he would attend a march of unity in Paris on Sunday expected to draw hundreds of thousands of people as well as the leaders of countries including Germany, Britain, Italy and Spain.

Questions were also mounting over how the three men – brothers Chérif and Said Kouachi, and supermarket gunman Coulibaly – had slipped through the security net after it emerged that all three were known to the intelligence agencies.

With fears spreading in the wake of the attack, the United States warned of a global threat, telling its citizens to beware of "terrorist actions and violence" all over the world.

Hollande, meanwhile, described the attack on the supermarket as an "appalling anti-Semitic act" and said: "These fanatics have nothing to do with the Muslim religion."

Slipping through the net

Meanwhile, questions mounted as to how the three men could have slipped through the security net.

As the drama reached its climax, links emerged showing the brothers and Coulibaly were close allies and had worked together.

Molins, the prosecutor, said Coulibaly had "threatened to kill all the hostages" if police moved in on the Kouachi brothers, and he had said the supermarket was booby-trapped.

All three had a radical past and were known to French intelligence.

Chérif Kouachi, 32, was a known jihadist who was convicted in 2008 for involvement in a network sending fighters to Iraq. His brother Said, 34, was known to have travelled to Yemen in 2011, where he received weapons training from AQAP.

It also emerged that the brothers had been on a US terror watch list "for years".

Chérif told French TV he was acting on behalf of the Yemen-based Al-Qaeda in the Arabian Peninsula while Coulibaly said he was a member of the Islamic
State group.

Coulibaly, 32 – who met Kouachi in prison – was sentenced to five years in prison in 2013 for his role in a failed bid to break an Algerian Islamist, Smain Ait Ali Belkacem, out of jail.

Prime Minister Manuel Valls said the carnage they left in their wake showed there had been "clear failings" in intelligence.

"It is better for you to stop your aggression against the Muslims, so perhaps you will live safely. If you refuse but to wage war, then wait for the glad tiding." 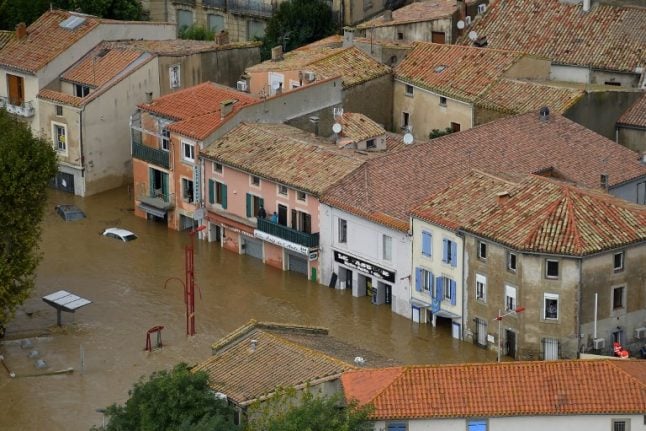 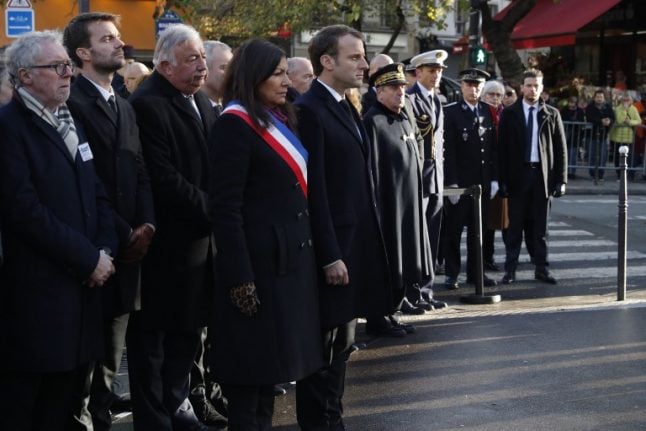