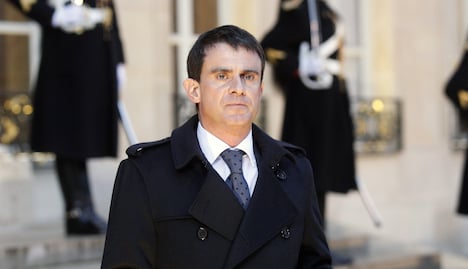 Prime Minister Manuel Valls said the carnage showed that there had been “clear failings” in intelligence.

“When there are 17 deaths, there have been failings,” he told TV station BFMTV.

Speaking separately to TF1, he added: “We must learn lessons, analyse what has happened. We owe this duty of truth to the victims, their families and our fellow countrymen,” he said.

Brothers Chérif and Said Kouachi and Amedy Coulibaly all had a radical past and were known to French domestic intelligence, as was Hayat Boumeddiene, the girlfriend of Coulibaly who is wanted by police. The Kouachis were also included on the US ‘no-fly’ list, the New York Times reported.

As the drama reached its climax, links emerged showing the brothers and Coulibaly were close allies and had worked together.

Chérif Kouachi, 32, was a known jihadist who was convicted in 2008 for involvement in a network sending fighters to Iraq. His brother Saïd, 34, was known to have travelled to Yemen in 2011, where he received weapons training from Al-Qaeda in the Arabian Peninsula (AQAP). It also emerged that the brothers had been on a US terror watch list "for years".

Chérif told French TV he was acting on behalf of the Yemen-based Al-Qaeda in the Arabian Peninsula while Coulibaly said he was a member of the Islamic State group.

Coulibaly, 32 – who met Chérif Kouachi in prison – was sentenced to five years in prison in 2013 for his role in a failed bid to break an Algerian Islamist, Smain Ait Ali Belkacem, out of jail.

Despite the failure to prevent the latest plot, Interior Minister Bernard Cazeneuve said on Saturday that the authorities had foiled five attacks in France by former Isis fighters since August last year. But “no incriminating evidence that could have led to the opening of a criminal investigation” had been discovered in the case of the Kouachis or Coulibaly prior to the attacks.