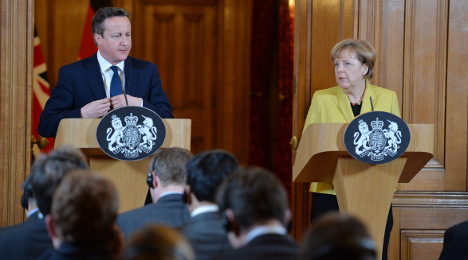 Global condemnation poured in as French police killed the Islamist gunmen, with bitter foes Israel and Iran both condemning the slaughter at the satirical newspaper as "terrorism" and even North Korea and Cuba sending condolences.

A wave of solidarity continued to sweep around the globe in the wake of the attacks, with people staging new vigils in several cities to declare "Je suis Charlie" in a show of support for free speech.

Cameron said he would be "celebrating the values behind Charlie Hebdo".

French police on Friday stormed the site north of Paris where the two brothers who attacked Charlie Hebdo had taken a hostage, killing both.

The attack Wednesday on the magazine, which has published cartoons of the prophet Mohammed, left 12 dead.

Heavily armed police also raided a kosher supermarket where an alleged associate of the brothers had taken several hostages, killing the gunman. Four other people also died there.

Fresh condemnation of the attacks came from around the world — often from opposing sides of ideological and strategic divides.

Israel expressed concern over what it called a "terror offensive" in France.

"The terrorist offensive taking place over the past three days is not only against the French people or France's Jews but against the entire free world," Foreign Minister Avigdor Lieberman said.

Israel's sworn enemies Iran and Hezbollah also condemned the attacks on Charlie Hebdo, saying they harmed the cause of Muslims around the world.

Iranian President Hassan Rouhani said "violence and terrorism is reprehensible whether in this region, in Europe or in the United States".

The chief of the powerful Lebanese Shiite group Hezbollah, which is backed by Iran, said Sunni jihadists have caused more offence to Muslims than any book, cartoon or film.

"Through their shameful, heinous, inhumane and cruel words and acts, (these groups) have offended the prophet, religion… the holy book and the Muslim people more than any other enemy," said Nasrallah in a televised speech.

North Korea, which has been accused of hacking Sony Pictures over a controversial movie about leader Kim Jong-Un, also condemned the attacks on Charlie Hebdo.

North Korean Foreign Minister Ri Su Yong sent a message of condolence in which he "reaffirmed the principled stand of the DPRK to oppose all sorts of terrorism," the state news agency KCNA said.

Cuba, which has also been accused by rights groups of suppressing freedom of speech, similarly paid respect.

"President Raul Castro sent a message of condolence to president Hollande for the terrorist attack," a foreign ministry official said on condition of anonymity.

The rallies that have drawn thousands of people together in cities around the world in support of Charlie Hebdo continued too.

In Istanbul dozens of Turkish journalists gathered to call for journalistic freedom.

"The Charlie Hebdo cartoonists wore the flag of freedom of thought with the greatest of courage," said Ercan Akyol, a newspaper cartoonist.

Several dozen Muslims gathered outside Vienna's main mosque after Friday prayers with placards reading "No to Terror" and "Not in my name".

In Hungary, Prime Minister Viktor Orban condemned the "barbaric, brutal attack", adding that it was "especially poignant that this happened so close to us, in the European Union."

But the head of the far-right Jobbik party, Gabor Vona, called for tougher immigration controls, saying that a "new era began on Wednesday" when "terrorism immigrated into Europe".