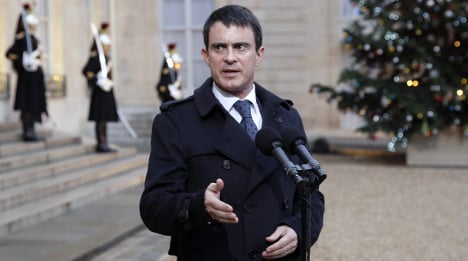 The country has been left reeling after the massacre Wednesday of 12 people at a satirical weekly magazine by two brothers shouting Islamist slogans.

And as a dramatic manhunt saw police corner the suspects in the small town of Dammartin-en-Goele north of Paris, Valls said it would "certainly be necessary to take new measures" to response to extremist threats.

He said that current policies had resulted in five attacks being foiled since August 2013.

"We knew we could be hit," he said, adding he had no doubt the French would emerge stronger from the incident.

"What are terrorists looking for? To create fear, to pit the French against each other — and we must be stronger than that."