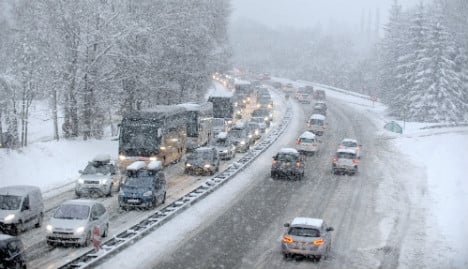 The coach was taking the party from the Alpine ski resort of La Rosiere to Chambery airport when it overturned on the motorway.

Seven people sustained injuries to the wrists and the arms and were taken to a nearby hospital. Six others were being treated for shock. The remaining passengers escaped unhurt.

Firefighters scrambled around 50 officers to the scene and the rescue operation caused 16 kilometres (10 miles) of tailbacks.

The cause of the crash was unknown but authorities said that an inquest was underway.