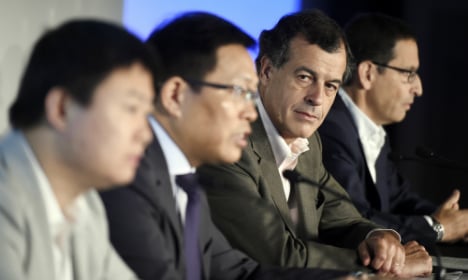 Fosun looked assured to win what became the longest bidding war in Paris Bourse history when Bonomi's Global Resorts company announced Friday it would not better the €24.60 ($29.55) per-share price the Chinese group tabled for Club Med on December 19th.

That offer — which topped Global Resort's last bid of €24 per share — values Club Med at €939 million, which represented too much in Bonomi's view.

"Having carefully analysed the public offer for shares in Club Med SA, and, in particular the company's valorisation level, Global Resorts SAS has decided not to increase its bid, and consequentially intends to withdraw its offer," financier Bonomi explained in a company statement.

Bonomi's decision clears the way for Fosun and its Chinese, Brazilian, Portuguese and French partners to move ahead with final acquisition of the famous French holiday group.

After weathering rough business seas over the past decade, Club Med improved its financial health by targeting higher-end clients, particularly among wealthier sections of emerging economies.

According to Club Med figures released in December, for example, 80 percent of the 25,000 new clients the group attracted in 2013 were Chinese or Brazilian.

Fosun — with whom Club Med has worked in expanding its activities in China — has said it wants guide that continued expansion into new markets.

But Fosun has also stressed it wants to "continue to invest in France, Club Med's leading market, to continue to win new parts of the market and outperform its competitors."

Fosun's looming bid victory does not come without some risks, however.

Despite its recently improving financial fortunes under its recalibrated business strategy, Club Med is reportedly set to reveal a net loss of €12 million in 2014, on turnover of €1.38 billion.