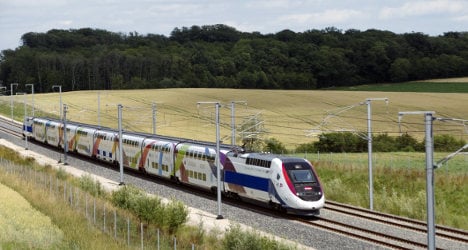 A bidding round for tenders is expected to be announced in Fenruary. Photo: Sebastien Bozon, AFP

In an interview broadcast on radio station France Inter, France’s IT Minister Axelle Lemaire announced that the SNCF would launch a bidding round for companies to install Wi-Fi on its high-speed TGV trains.

The minister also said that she hoped that the 2.6 percent hike on train tickets that went into force on December 31st “includes the cost of deploying Wi-Fi.”

She added however, that because of the speed of the trains, such installations would be both costly and complicated.

According to SNCF, a Wi-Fi installation would cost about €350,000 per train. The company has more than 450 TGV trains.

In October, Lemaire caused a bit of a stir when she tweeted: “Knock knock knock. SNCF: can we meet to discuss WiFi in the train?”

But it seems the minister got things moving by the tweet. Lemaire said the company would announce an IT plan next month in which the bidding round would be made public.

France is working hard to become more connected. Last year, it began installing wireless Internet in dozens of railway stations across the country with the aim of having 128 of its 3,000 train stations hooked up by the end of this year.

In Paris, metro group RATP has signed deal with four Internet suppliers to ensure 3G and 4G access for passengers.

MONEY
How to save money on both train tickets and car hire in France
Url copied to clipboard!