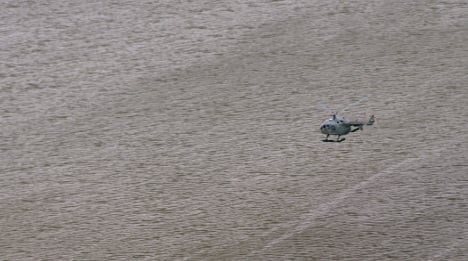 The investigators, who are from the French Bureau for Investigations and Analyses (BEA) were on Friday morning due to arrive at the spot where the wreck of the Airbus A320-200 was located, Le Parisien reported.

“On the morning of January 2nd, local time, "A ship will be taking the investigators with detection equipment including hydrophones to locate the acoustic beacons from the two flight recorders,” the BEA said in a statement on Thursday.

Flight QZ8501, which was travelling from Indonesia to Singapore, crashed into the Java Sea on Sunday, but it took several days before the wreckage was detected.

On Tuesday morning officials in Indonesia announced that search teams had spotted debris off the coast of the island of Borneo.

Experts believe that the pilot may have managed to make an emergency landing before the plane sank.

The plane is believed to be located at a depth of between 25-32 metres.

More than 20 bodies have been recovered and debris, including luggage, an emergency slide and a life jacket have also been found, according to the mission co-ordinator for the Indonesian search and rescue agency, Reuters reported.

The cause of the crash is still unknown, but investigators hope that the aircraft’s black boxes will reveal why the accident happened.

Earlier this week the sister of Remi Plesel, the French co-pilot of the AirAsia jet, paid tribute to an "excellent" pilot who had dreamed of flying as a boy.

"Since he was very young, it was his dream to be a pilot and the dream came true. He had been in Indonesia for three years … He was a very good pilot, an excellent one," she said.