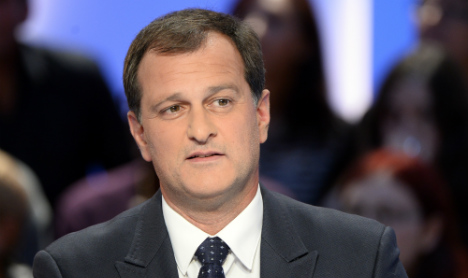 The incident took place while FN vice-president Louis Aliot, who is also the boyfriend of party leader Marine Le Pen, was visiting the party's Bordeaux offices several months ago.

According to Sud-Ouest they also unscrewed the light bulbs in a room where Aliot planned to hold a press conference.

Bay accused the trio, who were hauled before the party's dispute resolution commission, of "destabilisation manoeuvres".

The third prankster received a lesser punishment of a one-year suspension.

Polls show the FN led by Le Pen would top the first round of the next presidential election if the vote due in 2017 were held now.

The party made historic gains in local and senate elections in 2014, and also won the most seats in France's election to the European Parliament.

The gains were seen as a vindication of Le Pen's attempt to rid the party of its extremist image while continuing to campaign on traditional right-wing themes, such as immigration, insecurity and identity.