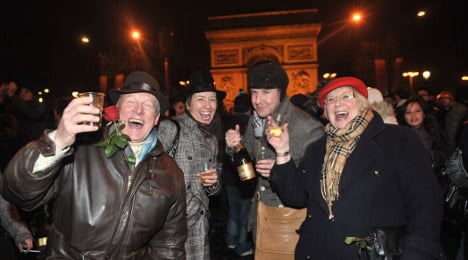 Champagne on the Champs Elysées. It's just one way to see in the New Year.

Paris regularly ranks as one of the best cities in the world to spend New Year’s Eve in, and with good reason.

Head to the Champs-Elysées and the Champs de Mars under the Eiffel Tower to ring in the New Year. While the city doesn’t let off any fireworks (officially anyway), the Eiffel Tower lights up at midnight for an impressive light show.

Don’t forget to bring along some bubbly!

Definitely consider spending New Year’s at a French ski resort. Not only do you get to hit the slopes but the resorts pull out all the stops to make New Year’s Eve a truly unforgettable experience.

The Courchevel resort has a four day New Year’s event starting on December 28th with theatre, music and dance shows, a party on New Year’s Eve and, of course, fireworks.

Tignes hosts an open air nightclub and an evening of acrobatics with artists from the famous circus Cirque Éloize.

Ski resorts like Val d’Isère, Val Thorens and La Plagne also have lots in store for the turn of the year.

Head to the charming town of Viella in the Midi-Pyrénées region to celebrate the beginning of the New Year a little differently.

After a day of eating, drinking and discovering the town, take part in an evening mass, a torchlight procession and a late night grape harvest.

If you don’t want to miss out on fireworks, the city of Cannes on the French Riviera hosts a unique firework and pyrotechnical show on New Year’s Eve called Cannes Dance Fire.

Another bonus point of spending New Year’s in the south is that you won’t freeze to death while watching the outdoors display.

Don’t worry if you haven’t got an invitation to a big Réveillon dinner, you can still indulge in tasty treats like oysters, smoked salmon or foie gras.

Most restaurants serve up special menus on New Year’s Eve. Make sure to take a look around so as not to get ripped off and book early enough to secure a spot.

Dancers, singers, acrobats, and musicians will come together to perform an opera inspired by the romantic atmosphere of the city.

Join the brave men and women of Plérin in Brittany when they jump into the freezing cold sea on the last day of the year.

A band will play and there’s food, and more importantly, hot drinks on offer to help you regain your strength and bring up your body temperature after the chilly dip.

Along with the orchestra of the opera she will perform pieces by Johann Strauss, Franz Lehár and Jacques Offenbach.

The concert is followed by a dinner composed of typical French New Year’s Eve treats like oysters, foie gras and, of course, champagne.

Spend New Year’s Eve in Europe’s largest cave in Lombrives in south-western France. Speleology aficionado or not, this evening will not disappoint you.

An hour-long visit of the cave will wet your appetite, before enjoying a gospel concert in the Salle de la Cathédrale (which is as big as Notre Dame de Paris), feasting on French delicacies and ending the night in a dancing party.

Sherlock Holmes fans and wannabe detectives will definitely enjoy this murder night. Comedians will take you into a story where your mission, if you accept it, is to guess who is the murderer before dawn… The night might be a bit pricy (169€ per person) but it will give you access to over 800 board games and a gastronomic dinner.

And one extra one…

Why not skip the traditional midnight fireworks for a night in an enchanting world?

Step into a magical open-air theatre where flames, fountains and polychrome lasers will take you on the journey of Bat-Outa, a flying elf who found refuge on a lake after fleeing a dark world. The perfect night for families and fairy-tale lovers who want to end the year on a a positive note. 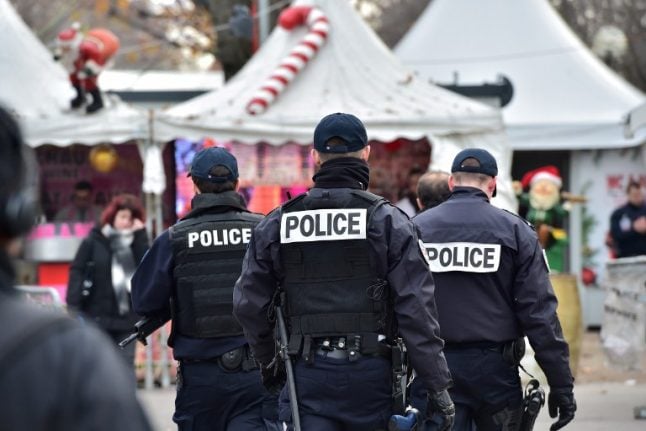 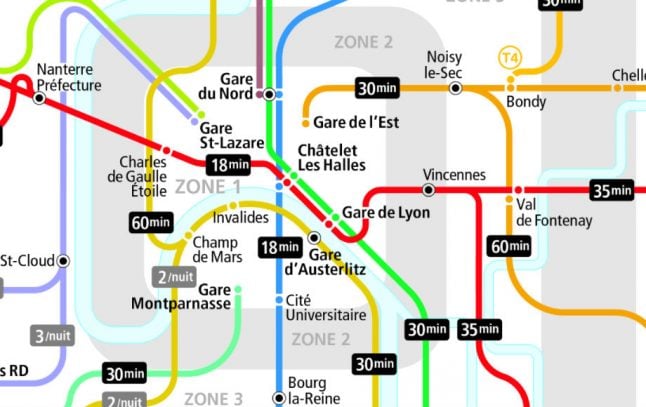