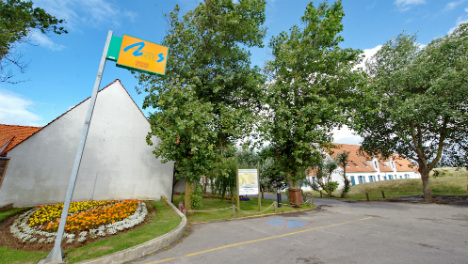 The incident involving the woman believed to be around 30 years old occurred in the town of Ambleteuse on the Channel coast north of Boulogne around midday.

Her partner discovered her body shortly afterwards and alerted authorities, according to police, who have opened an investigation.

The dead woman's elder child, who is 11, was not at home at the time.