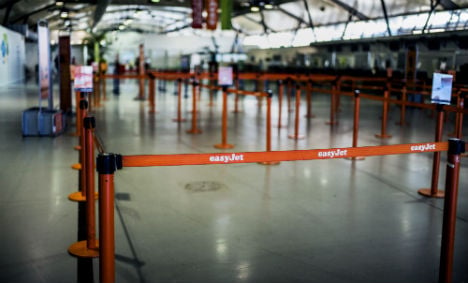 Unions representing French cabin crew said they had informed the airline of a new strike on December 31 and January 1.

The leading SNPNC-FO said around 80 percent of French cabin crews had observed this week's strike on Friday, but that no flights had been grounded beyond the 38 the airline had cancelled ahead of time.

That was about 20 percent of the flights the low-cost airline operates with French cabin crews. EasyJet operates more than 1,200 flights daily.

Eric Cunnac of the Unac union said the airline's use on Fridady of British cabin crews on French flights "was a way of breaking the strike".

SNPNC-FO representative Laurent Nicolas complained that easyJet had specially flown in replacement cabin crews and had offered them up to €140 ($170) to work the French flights.

An easyJet spokesman confirmed it had flown in British cabin crew staff who had volunteered to work.

The unions complain that easyJet is making too many last minute changes to the schedules of cabin crew staff, and oppose making bonus payments dependent upon customer satisfaction when much of the passenger experience is determined by check-in and luggage handling that is outsourced to other companies.