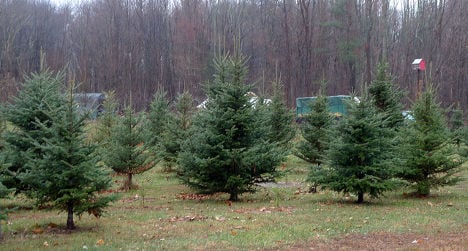 Migrants tried to hide among Christmas trees to get to the UK. Photo: Lori L. Stalteri/AFP

Sixteen Albanian migrants were found hiding in a truckload of Christmas trees waiting to board a ferry to England from the French port of Dieppe, a police source said Monday.

French customs agents found the migrants hiding among the trees on Friday night during a routine search of trucks preparing to take the ferry to Newhaven.

Two Polish drivers of the truck were taken into custody and will appear in court on Tuesday.

The migrants, with the exception of two minors, were taken to a regional detention centre, the source said.

Authorities on both sides of the channel are struggling to stem the tide of illegal migrants hoping to cross from France into Britain.