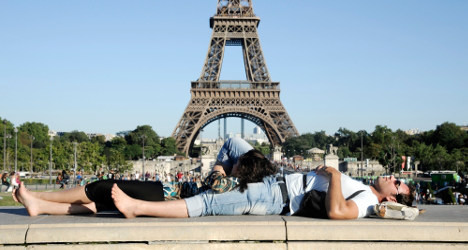 France is set for its warmest year since 1900. But it may not be time to celebrate. Photo: Shutterstock

The warm Indian Summer in France this autumn means the country will indeed record its warmest year on record since 1900.

The country’s meteorological service Météo France had suggested last month that records could be broken given the average temperature so far this year.

Only a freakishly cold December would have prevented the history being made but the icy spell has failed to materialize.

“The average temperature of the period January to October 2014 is the highest observed over this period since 1900,” it added in an earlier report.

The fact the record could be set might not come as a surprise to many in Paris who were still basking in warm sunshine well into November this year. Although the year has also seen some pretty extreme weather in southern France where a series of storms caused widespread devastation earlier this year.

The fact a new record will be set is even stranger given that in August France was pretty miserable across the country, with temperatures 1.5°C below the average.

A record-breaking year may have been expected given that five of the warmest years in France have been recorded in the last 25 years.

This phenomenon is not just linked to France though. Météo France notes the temperature across the whole planet, on land and in the oceans “is unparalleled in the first ten months of the year since the late nineteenth century”.

Earlier this year The Local reported on a study that listed a number of Unesco World Heritage sites in France that would disappear under rising sea levels if global warming continued.