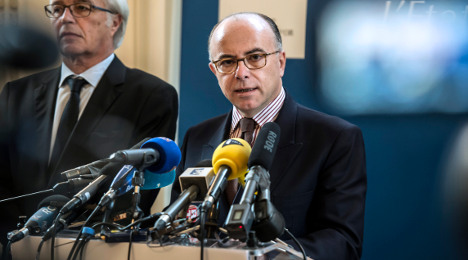 Authorities in France are frantically trying to determine the motives behind two separate incidents over the weekend which saw two lone assailants launch apparently random attacks while shouting “Allahu Akbar” (God is greatest).

In the first incident on Saturday a French convert to Islam was shot dead after attacking police officers with a knife in the central town of Joue-les-Tours.

Then on Sunday the eastern city of Dijon was beset by panic after a motorist ploughed into people out taking an evening stroll. The incident left 13 injured, two of them seriously.

Witnesses told police that the driver shouted “Allahu Akbar” and that he was “acting for the Children of Palestine”, a source close to the investigation said.

Although both incidents might seem like the kind of “lone wolf” terrorist attacks by Islamist extremists that France and other western nations fear, the government is warning the public not to panic or jump to any conclusions.

Speaking at a cabinet meeting on Monday, Hollande urged the public to show the "utmost vigilance" but also not to panic.

“For the moment, initial investigations do not suggest a link between the two attacks,” said the spokesman.

Later on Monday the prosecutor in Dijon said however that the rampage "was not an act of terrorism".

"It is absolutely not a terrorist act," Marie-Christine Tarrare told reporters in the eastern town of Dijon, adding that the man had a "long-lasting and severe psychological disorder."

"It was an isolated act by a mentally imbalanced individual". She said the driver had been in psychiatric hospital 157 times and also had no links to any jihadist groups.

The 40-year-old driver is still being held by police but will not be charged with any terrorist related offence, reports say.

Sources close to the investigation have told AFP that the driver in Dijon “had been in a psychiatric hospital and was apparently unbalanced.” He was also known to police for petty offences dating back to the 1990s.

In Saturday’s attack on police officers the assailant, Burundi-born French national Bertrand, was also known to police for committing petty offences, but he was not on a domestic intelligence watch-list.

Bernard Cazeneuve said the man who attacked the two police had revealed that he had become radicalized in recent days by posting the flag of extremist group Isis on his Facebook account.

There were also several pro-Islamist slogans published on the same account, which was taken offline on Sunday.

On Monday police in the central African nation of Burundi revealed they had arrested Nzohabonayo's brother, who was known for his radical views and had reportedly considered travelling to Syria.

"We arrested Brice Nzohabonayo on Saturday while he was staying with one of his uncles in Bujumbura. He had come from France and was spending several days here," intelligence spokesman Télesphore Bigirimana told AFP. France has increased security around police and fire stations, but also urged families to be aware of youngsters who may be in the process of being radicalized.

The weekend's attacks come in the wake of calls by Isis extremists for jihadists to launch attacks against the "spiteful and dirty" French in France.

And memories of the attacks on French soldiers and a Jewish school by self-proclaimed Al-Qaeda follower Mohamed Merah in 2012 are still raw.

Last year in France, a recent convert to Islam also stabbed a soldier in the busy Paris commercial complex and transport hub of La Defense.

And the main suspect in the murders of four people at Brussels' Jewish Museum in May, Mehdi Nemmouche, spent more than a year fighting with extremists in Syria.

Authorities in France believe around 1,200 nationals or residents are involved in one way or another in jihadist networks in Iraq and Syria.