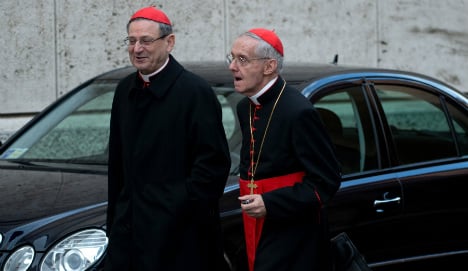 It was 71-year-old Tauran, head of the Vatican's Council for Inter-Religious Dialogue, who in March 2013 told the world from the balcony of St Peter's basilica that a new pope had been elected, pronouncing the famous words "Habemus Papam".

Tauran will replace the pope's number two, Tarcisio Bertone, an Italian cardinal who after turning 80 this month has retired and will take up residence in one of the Vatican's luxury apartments.

Bach-loving Tauran, from Bordeaux, previously served as head of the Vatican's diplomatic service and travelled the world for late pope John Paul II.

As the Vatican's top official for inter-religious dialogue he has regularly condemned Islamist extremism, but has also said that ignorance was often at the heart of the anti-Islam sentiment in the West.