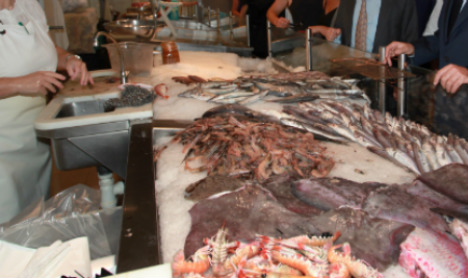 Fish weren't the only things on display when police in the northern town of Auchel found the 48-year-old cavorting and drunk, a police source told AFP on Friday.

The fishmonger was decked out in a wig and bustier complete with false breasts — and fishnet stockings. But a codpiece was what he needed.

He was showing "his privates," the source said.

He was found to have a .15 blood-alcohol level, three times the legal limit to drive in France, police said.

The shopkeeper, who has agreed to plead guilty to indecent exposure, explained he was stressed at the newly opened fish shop, citing "pressure from the numbers, the end of year holidays and lots of orders."

He was due to appear in court on February 13th.