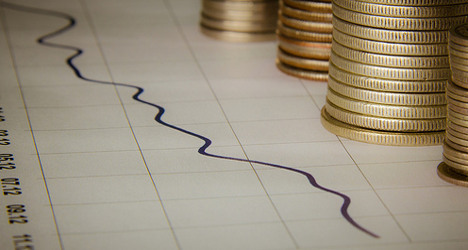 France seems to be in for a small economic upswing next year. Photo: Kenteegardin/Flickr

In its forecast, the INSEE agency said that although it expected growth of just 0.1 percent in the finalquarter of 2014, it predicts a 0.3 percent expansion in the first two quarters of 2015.

While the agency declined to stipulate estimates for full-year 2015 growth,its study included first semester figures indicating the French economy should expand by a minimum of 0.7 percent next year.

Hope for an even stronger recovery was offered in INSEE's forecast foreconomic activity to increase by 1.0 percent between the summers of 2014 and 2015. Growth was flat between the same periods in 2013-2014.

The projections are in line with government estimates of 1.0 percent growthnext year.

But despite the improved prospects for growth in the eurozone's second-largest economy, INSEE said the good news would not extend to the country's persistently high jobless rate.

While warning its growth estimates would depend on oil prices and theeuro's exchange rate, INSEE said it expected the price of oil to continue falling to levels below those used in its forecast.