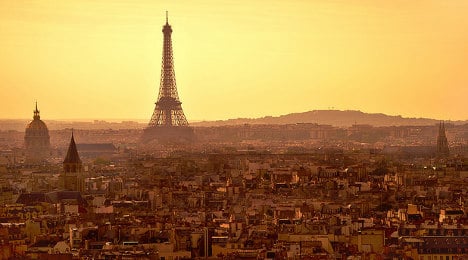 Canadian-born writer William Prendiville has lived in Paris for the last 16 years and over that time has probably had double that amount of jobs in various sectors from labouring and bar work to copy writing and teaching in universities.

Here he explains why foreigners who want to live in Paris can do so, they just have to be prepared to do anything:

Forget all the dire warnings of the collapsing French economy and the record levels of unemployment. Because those who just want to come and live in Paris can still survive and even thrive.

Indeed, they will come across opportunities they might never have had at home, that are perfect for giving them the chance to live a life in Paris.
A great many people who have come to Paris and remained have come for the city, and the jobs they have found have been a means to be able to stay.
They will just have to accept that some of these opportunities will be, for want of a better word, slightly odd.
Now “odd jobs” doesn’t necessarily mean bad jobs, though there are plenty of both in Paris.
I’ve gone from putting clothes in a box in a factory outside the city, when I could barely count in French, to teaching Accountancy (in English) to college pupils.
I’ve also had plenty other jobs in between, some of them more odd than others.
I was once a “dancing waiter” at an American BBQ restaurant, and not a very good one either but years later, through a friend who once worked there with me, I found a job writing a quarterly magazine for a French company in the animal health industry on the category of “Large Animals”, basically cows and pigs as most would call it.
For many years after that, animal, then human health became something of a niche market for me. I eventually wrote ads about it, and met the corporate higher-ups of many a pharmaceutical company. It felt a long way from dancing around holding a plate of spare ribs above my head.
I’ve also had jobs teaching at several universities and colleges around town. While many friends at home with degrees on the semantic vacillations of Willa Carter or the sexual life of Oliver Goldsmith were desperate to find any teaching jobs they could, I was happily instructing university students on the shadowy questions around ethics in international business, and being handsomely paid for it, too.
I’ve also done translations, been a security guard, a manual labourer as well as a tour guide. In fact, you name it, and I’ve probably done it at some point over the last 16 years.
That’s down to two things.
Firstly and most obviously the single greatest advantage that English-speaking foreigners in Paris have, in fact, is that employers are willing to take a risk on you that they might not take on their compatriots.
The world continues to need people who are able to communicate in English — Facebook is not called Livres des Visages for a reason – and, by virtue of having been born into a English-speaking community, you may be lucky enough to discover some hidden ability: to write, to sell, to edit, to translate, or to programme, that you never knew you had.
That English has become the new lingua franca helps to some extent, but it is not in itself a deal maker. You need first to find where those jobs are.
And that’s where the expat community comes in.
Paris is full of foreigners who have either given up better paid jobs for the better quality of life, or who have simply married into a culture that they will never perhaps call their own, or are simply lost souls who just seem to feel at home here.
That means there exists a small network who help each other get by, find jobs and, in many unexpected ways, even flourish.
I don’t believe I would have found any of these jobs — in teaching, advertising, dancing or even writing – if I’d stayed at home in Canada.
I found them because I was living in Paris, and wanted to stay in Paris.  For all the bad press France is getting far and wide, such opportunities are still here.  Like anywhere, it’s all about who you know and what you’re willing to do.
For some, that could be bar work; for others, writing about pigs.  It’s just a matter of being able to sniff them out.
William Prendiville is the author of “Love is Nothing but the Fruit of a Long Moment”: A Paris Memoir, among others.
SEE ALSO: Ten essential tips for finding work in Paris