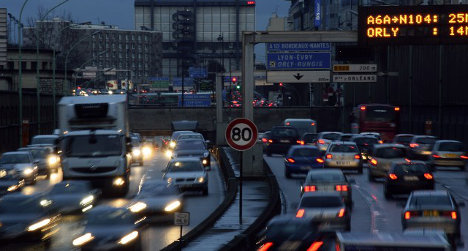 An underground pipe in a tunnel in the south west of the capital (XVe arrondissement) is thought to have burst and flooded the road, leading authorities to cut off traffic in the area affected.

According to local daily Le Parisien, police “estimate the road will be reopened mid morning, between 8 and 10 am”.

Vehicles planning to head north to south on the section of road between Porte de la Muette and Porte de Saint-Cloud will not be allowed on the ring road until the problem is solved.  The same applies to traffic between Issy-les-Moulineaux and Porte d'Auteuil.