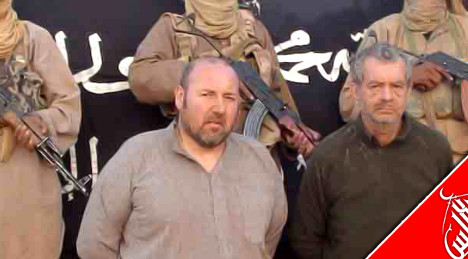 Al-Qaeda militants were exchanged for the release of Serge Lazarevic (left). Photo: AFP

Mali admitted Friday that prisoners had been freed in exchange for the release of French hostage Serge Lazarevic, confirming information given to AFP earlier this week by a security source in the west African country.

"It's a fact, everyone knows, there is no need to deny reality," Justice Minister Mohamed Ali Bathily told France 24 television in response to a question on the issue, three days after Lazarevic, who was kidnapped by Islamist militants in Mali in 2011, was freed.

The 51-year-old was snatched while on a business trip with fellow Frenchman Philippe Verdon in a kidnapping claimed by Al-Qaeda in the Islamic Maghreb (AQIM).

Verdon, who suffered from an ulcer and tachycardia — an abnormally fast heartbeat — was found shot dead last year, and those close to his family suggested he had been executed as he was weak.

Lazarevic was France's last remaining hostage, and questions swirled around the terms of his release.

A Malian security source had told AFP on condition of anonymity that Bamako had freed several AQIM prisoners "on request from Paris."

"I can tell you that men, who some may say are terrorists but to us are prisoners, were freed in exchange for the French hostage," the source said.